skip to main | skip to sidebar


Get Your Own orkut Scroller Here 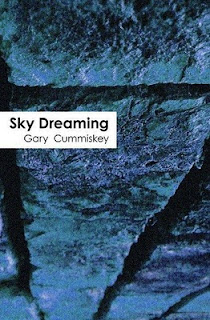 It isn’t often that I am taken by surprise with a chap in the small press…especially one that I didn’t seek out myself. Subhankar Das, editor of Graffiti Kolkata, recently sent me Gary Cummiskey’s “Sky Dreaming”. I had never heard of Gary prior to this and I set to reading it short bursts rather than put it on the pile to read which is ever growing.

“Sky Dreaming” is a healthy mix of touching observations scattered between prose poem pieces that leaving you wonder exactly where you have been, or maybe better, where the author has been. They aren’t so bizarre you cannot relate, yet they make you feel like an uncomfortable watcher. The poems that grab the most are sparse of word, but heaving on feeling and meaning.

The opening poem “Immortal” sets you up for the entire collection, as an opening poem should, by gripping you with a sense of infinity and finality at the same time:

“Last night, feeling suicidal,
I leapt over the balcony
and landed flat on my back
in the garden below.
Lying there, I looked up
at the sky and saw how empty
it was, apart from a few
insignificant stars.
Now I know I am immortal.”

Gary touches on other subjects like the juxtaposition of science and religion in poems “Animals” and “I telephoned God”. He explores a visceral strangeness in “Alien” and the ragged endings to an old nurse in “Moon woman”:

“She has thin, pointed breasts and a rose in her hair, as the crescent
moon slides into her mouth like a hard cock.”

Cummiskey dabbles in his own brand of love and sexuality in poems like “Afterwards”, “Intimate Lives”, and “You Lead Me”. This last poem feels like an enticement to a lover….a calling to bring them back by telling them all that they have given or shown him:

If bizarre and surreal are your cups of tea, then be sure to check out the poems “Alien”, “Summoned”, “A day at the races”, “Meat” and “In chains”. Gary Cummiskey also makes comment on the life of African-American Beat Poet Bob Kaufman in the poems “Between floors” and “Sinclair and the Great Dane”.

The poem that touched me the most and really drew me in was a prose poem entitled “Takeover” and it was one of those works that makes you sad and frightened and angry at the same time…the emotions swirled together in a subversive way that leaves you unsure of how we survive the disparity of our humanity. “Takeover”:

“Five years old. The parents take him to the hospital. He doesn’t
know what hospital is. The parents leave. He watches a child in
another ward get an injection in the head. Both scream simultaneously.
A nurse calms the new arrival and gives him ice cream
and comics. The next morning they take him to the operating
theatre. He wakes up sick, without tonsils. There’s blue vomit in
the basin. The parents are not around. Something else has taken over.”


This collection of poems, “Sky Dreaming” by Gary Cummiskey”, has a little bit of everything for whatever your tastes. You can purchase this from Graffiti Kolkata which is based out of India. Check out this title and others at: www.graffiti-kolkata-chaps.blogspot.com

Take a leap on this one. You won’t be sorry.

Review by Aleathia Drehmer
Posted by The Moving I at 9:44 AM

'The Streets, The Bubbles Of Grass', a chap book of poems by Subhankar Das 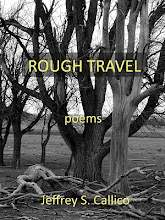 Haunt Me In The Morning By Jim Wittenberg 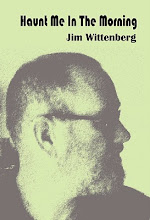 The Margins Of A Central Man By Yannis Livadas 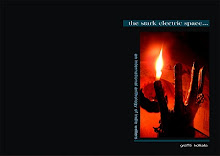 The Stark Electric Space / an international anthology of indie writers

Now you can start ordering your copies. Each copy is priced at $10 which includes shipping. For details contact.